Origins of the Vending Machine 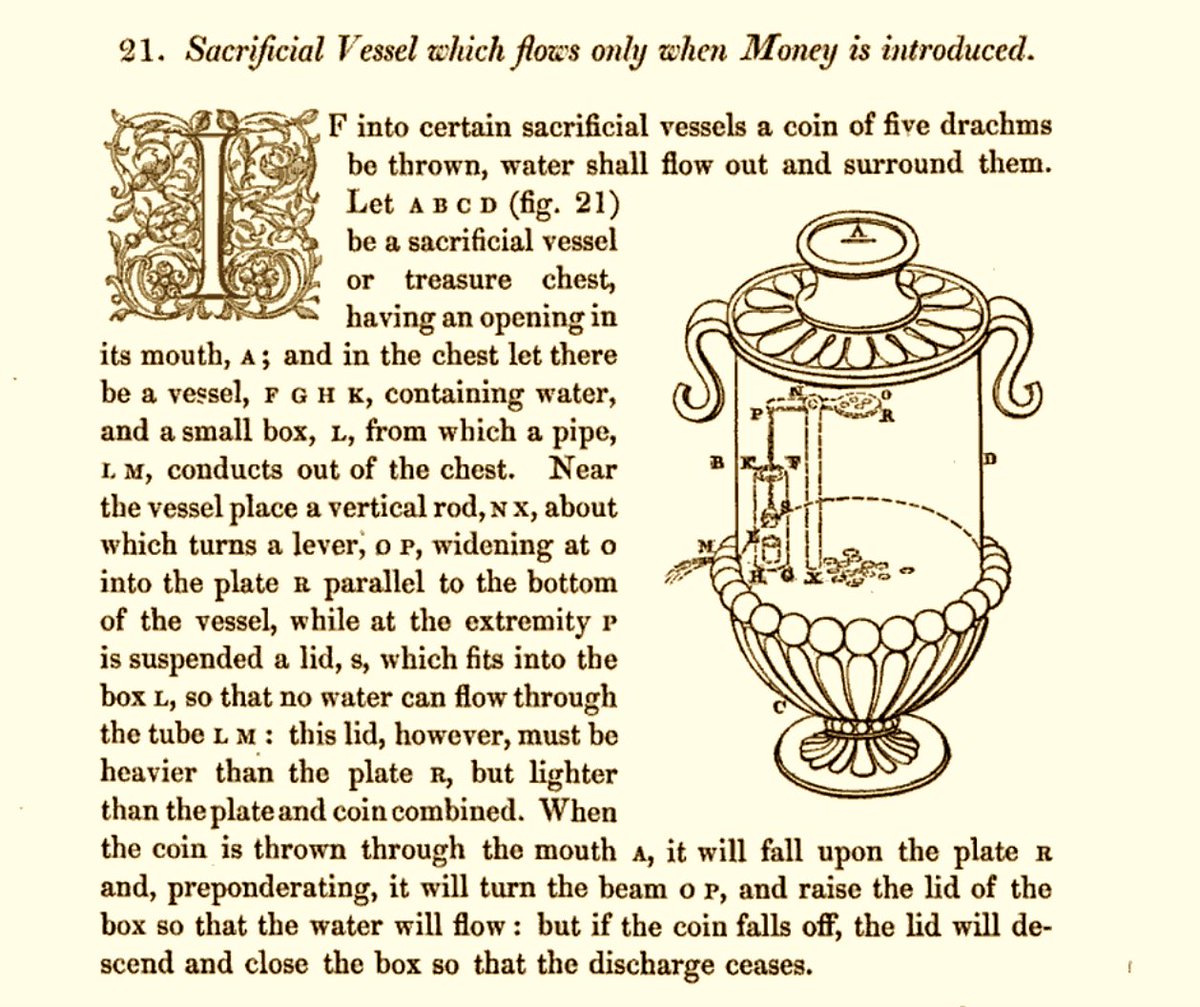 Origins of the Vending Machine

Vending machines are all around us these days from offices to shopping malls to recreation centres. By putting our money into the machines or offering our charge cards, we can with little trouble purchase things like snacks and refreshments. There are even vending machines that allow us to buy more complex items, for instance, digital technology such as phones and tablets!
We can make direct purchases easily and without the necessity for a journey to the store. But have you ever considered where these machines started from? Surprisingly, the modern vending machine can trace its roots back over 2000 years, back to Ancient Greece! to a famous Greek – Hero of Alexandria.
Hero of Alexandria, in the later style of Leonardo Da Vinci, was a polymath, able to paint, sculpt, perform experiments, and do great mathematics. Born in Alexandria, a famous Egyptian Roman City that was named after Alexander the Great, in around 10 AD. Hero was intrigued with his general environment. The vending machine was fundamentally one of his various inventions. As a part of his studies, he took an great interest in mechanics and used this interest to make distinctive things, including the vending machine.
Despite envisioning and focusing on  the numerical and mechanical world, he furthermore wrote about his inventions. Confirmation of the original vending machine can be found in his book, Pneumatics, which portrays that particular creation, and additionally some of his other distinctive works.

The First Vending Machine and Its Use.

The first vending machine was interesting in that it it was operated using coins, which is the way by which most of the vending machines that are around today work. Although, the output in these early days was not sugary treats and snacks as they are today. They were situated in temples and were used to dispense holy water. When the correct quantity of coins was placed into the space, the mouth at the base would open and holy water would be poured for use in the place of worship.

The Mechanics of the first Vending Machine

As said previously, the purpose behind the machine was to manage holy water. The right coin was placed into the space. The coin hit a dish, which was associated by a lever. Right when the coin hit, the lever would move. Once the lever moved, it opened a valve. Right when the valve opened, water would pour out. The water would stop pouring after the coins tumbled from the holder. No longer weighted down, the holder would snap the valve close.
This machine offered a way for the temple to get some money while moreover helping the overall public worship. This amazing mechanical arrangement displayed Hero’s genuine capacity of perceiving how mechanics worked. He then associated this information to make something that extraordinarily useful.
So the next time you are having a refreshing beverage or tasty snack, remember the machine you are using had its first outing over 2000 years ago. Although Apple Vendings machines are not quite that old. We keep up to date with the latest technology and trends.